Artists Work
Alongside drawing on paper Gavin Thorogood developed his use of the computer to bring together elements of his drawing to create new forms and composites and to take the language of drawing into a time-based medium using moving image. This was a natural progression for the artist who saw the potential to enhance the charged sense of foreboding in his drawings with the visual characteristics of early 1980s computer graphics and low budget cult B movies. Gavin Thorogood worked with VARC to shape a project ‘The Spirit of Tarset’ and helped select two musicians/composers to come and spend time with him at Highgreen. (link to Spirit of Tarset section). James Wyness and Luke Daniels came together to provide the sound track for Gavin’s moving image sequence ‘Hybrid’. This was shown as part of ‘The Spirit of Tarset’ performances at Queens Hall Arts Centre and at Tarset Village Hall in July 2007 as well as being displayed alongside his drawings at his end of residency exhibition ‘Terra Incognita ‘at Highgreen in September.

Work in the Community
Early in the year Gavin led two very successful life-drawing days at Tarset Village Hall and soon afterwards he led a drawing session in Byrness at the invitation of the Byrness Village Community Arts and Crafts Group. Gavin’s links with the Royal College of Art led to the visit to Highgreen in May of Len Massey, Head of Drawing at the RCA, and musician and poet colleagues. They came up to lead an esemplastic session, a ‘draw live sound’ workshop which Len has established as a regular feature of the RCA’s programme in London. The event was well attended and enjoyed by local people and by students from the region’s colleges and universities. These included a group from Newcastle University’s Fine Art Department who had stayed the night and drawn in workshops led by Gavin Thorogood that morning and the previous afternoon.  And in July Gavin welcomed a group of staff, adult volunteers and young people from Bill Quay Community Farm in Gateshead who enjoyed a day walking and drawing in and around Highgreen. 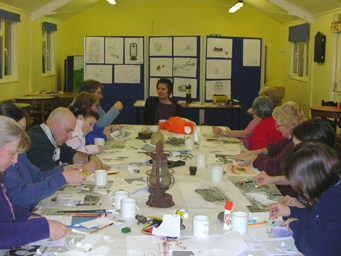 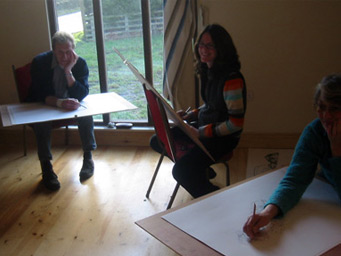 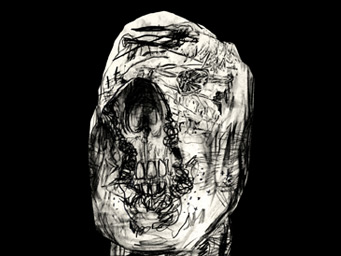 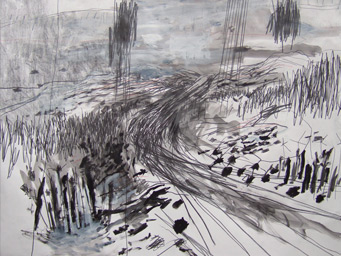 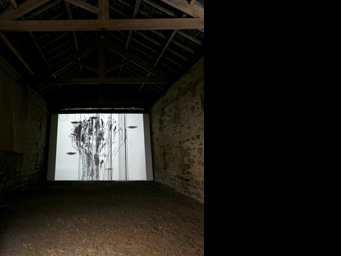 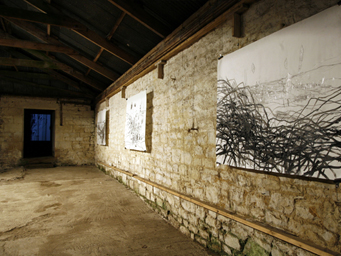 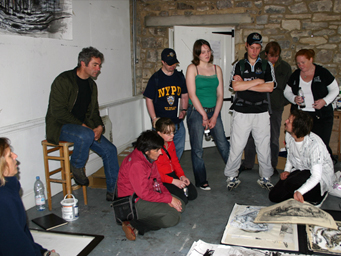 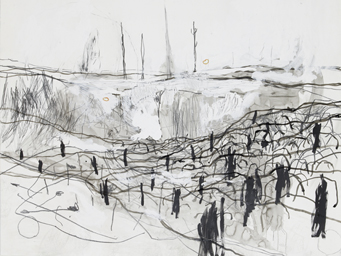