Artists Work
Jenny Purrett came from Bristol to take up her post as the new artist in residence at Highgreen, Tarset. She studied at University of Central England, Birmingham and attained her MA Fine Art at Bath Spa University. Drawing is a main part of Jenny’s work. ‘Descartes talked about the eyes as tools for feeling the tactile textures of the world and for me drawing is about touching with the eyes. Some of my work is built up through repetitive actions resulting in work with its own rhythm and life. More intimate-scale drawings with precise use of line record my eyes’ contact with an edge. By focusing on one single strand that makes up the whole I can find a clear route through the complexities of seeing. It is a record of seeing and of being; a shared existence in time and space between my surroundings and myself. The idea that the mark is a kind of contact between artist and subject is central to my work.’ Jenny Purrett, 2010

Jenny Purrett has been recording in her daily pen and ink drawings and journal entries. Jenny has been forming these into weekly blogs posted throughout the year, which you can access through this page. Through the year Jenny has been developing her own work, leading workshop sessions, hosting open days and welcoming visiting groups and running activity days. See page under Special Projects ‘Responses: A Rural / Urban Conversation for more about a collaborative project with artists in Newcastle that took place in June at Highgreen but which is continuing and culminating in an exhibition in Newcastle in November. Jenny Purrett’s end of residency exhibition, ‘Cumulation’, will be showing at Highgreen 4th – 11th September. ‘Life is cumulative. We are shaped by the build-up of our experiences. All around us, the landscape shows the effects of cumulation. However small an action might be, however tiny an element is, it is significant. It is part of the big picture.’ Jenny Purrett, 2011

Among the work being exhibited is ‘Year-long Line’ a continuous line drawing developed over the period of her residency, which she has added to each day. From this she has developed a series of 46 drawings entitled ‘Line As Experience’. Each drawing is composed of a week’s worth of drawing redrawn onto a single sheet of paper. For Jenny each line holds thoughts, feelings and experience linking her to that particular time and place. In the drawings, some elements remain clear and recognisable, others become hidden under subsequent layers of line.This process creates an interwoven narrative that can also be found in Jenny’s fascination with collecting wool. ‘Felt Sheets’ (series of 3) is a work that has resulted from 3 days of feeling 3 sheep’s fleeces into sheets. Each one still holds the story that can be told of the sheep through its markings; and the trapped elements of the landscape through which the sheep walked; moss, lichen, grass and mud. The interest in this overlaid narrative found in nature is also evident in Shot Paper. This piece is created by shooting at rolls of paper with shotgun pellets. The resulting scarred and torn hollow rolls are reminiscent of the bark of birch trees. A catalogue of Jenny Purrett’s work ‘Cumulation’, with essay by Peter Davies, will be available to buy at the exhibition. See www.jennypurrett.co.uk for more information about the artist and her work.

Work in the Community
Jenny held two open studio events. Between 70 and 80 people attended her most recent event in February. On display were some of Jenny’s own drawings and some made by people who had attended drawing workshops in the studio over the winter. Drawing Workshops: Two series of drawing workshops were held over the winter. These were very popular and participants wanting to continue have arranged to meet in the village hall. Jenny Purrett will lead the first few sessions but after that they will be self-supporting; a great legacy. A Creative Drawing Day was held on 21st May to which 15 people came; some travelling from other parts of Northumberland and from Tyneside. Everybody who came enjoyed it greatly despite cool weather.

‘Lovely to have a chance to step aside from the daily rush and revisit drawing after a 40 year gap.’ A great day; very liberating.’ ’Particularly enjoyed the group picture – how to be less precious about one’s own efforts. Learned a lot from looking at other people’s work.’

Family Fun Day: Jenny led sessions of creative activity during this full Family Fund Day organised by Sure Start for parents with young children from across West Northumberland. It was held at Kielder Castle on 20th April in glorious sunshine. Numbers of people attending exceeded Sure Start’s expectations and with Jenny’s guidance, families made about 80 ‘fossil’ plaster casts during 6 sessions held throughout the day. 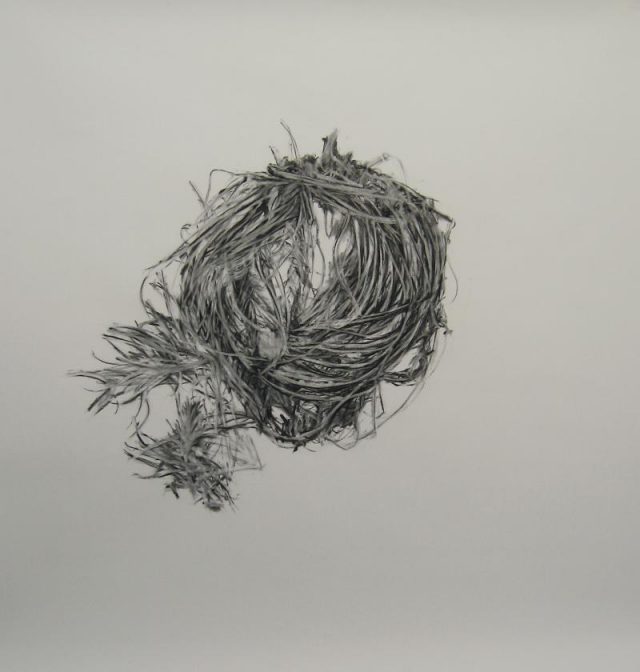 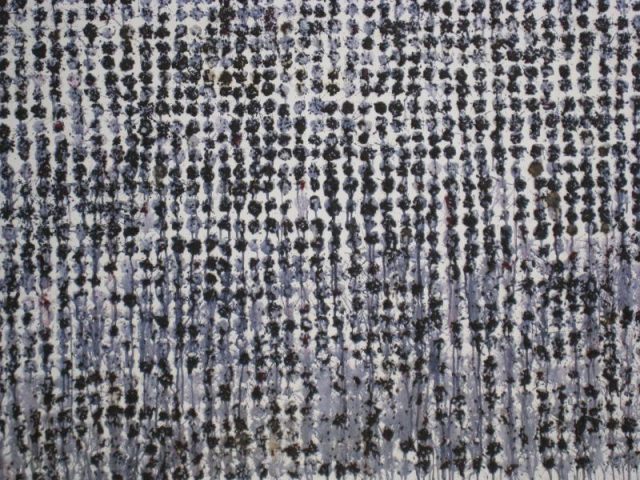 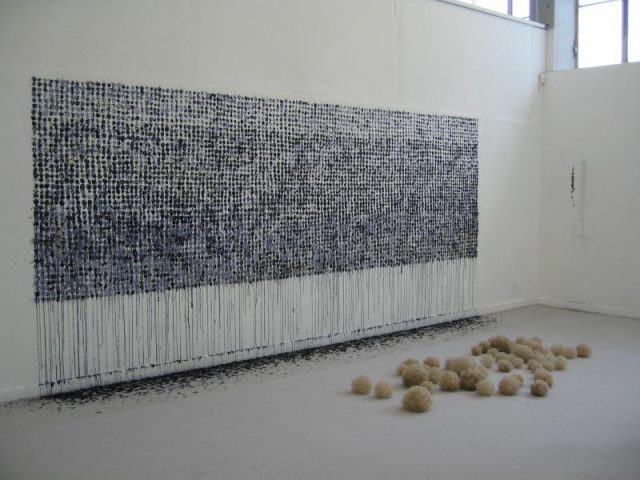 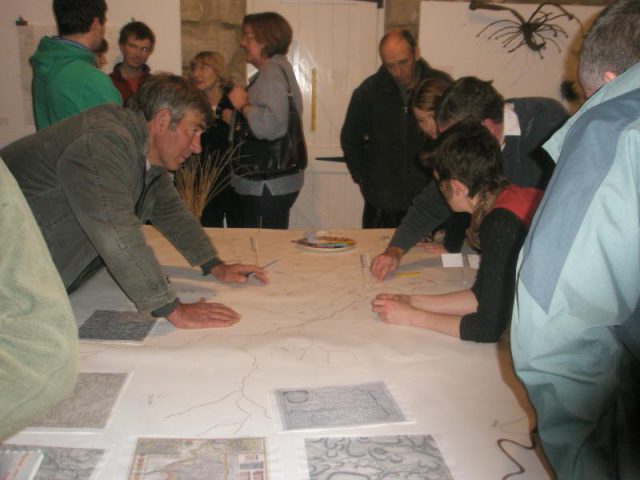 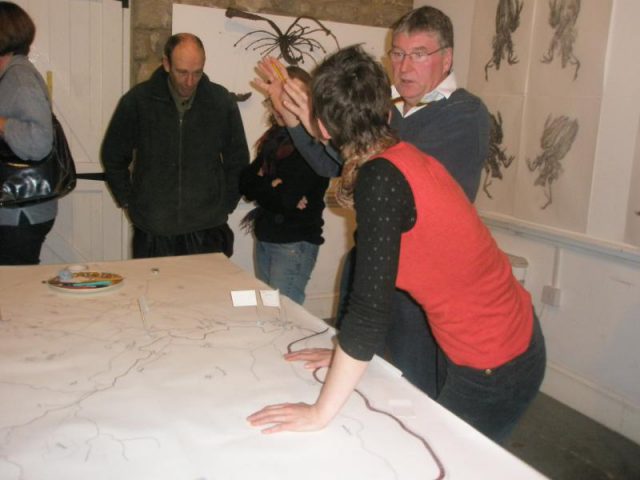 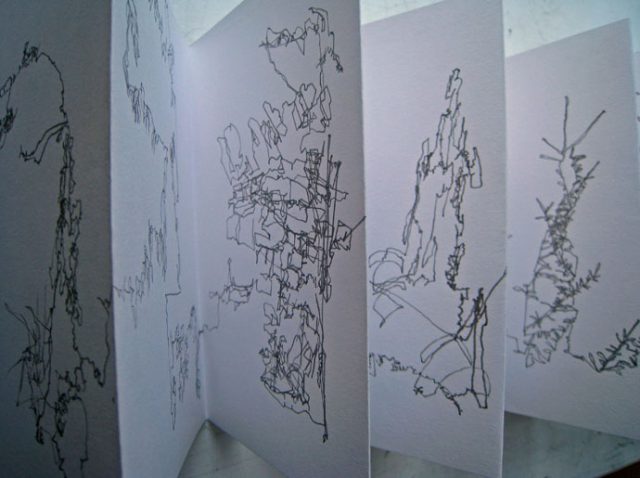 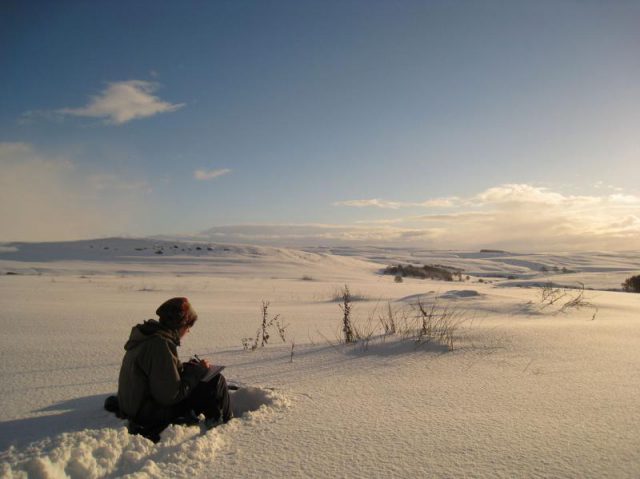 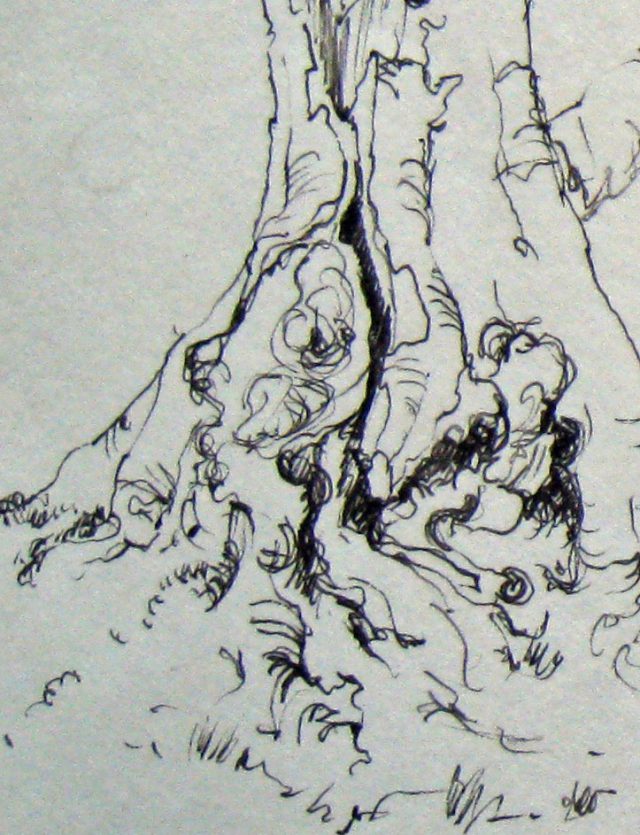 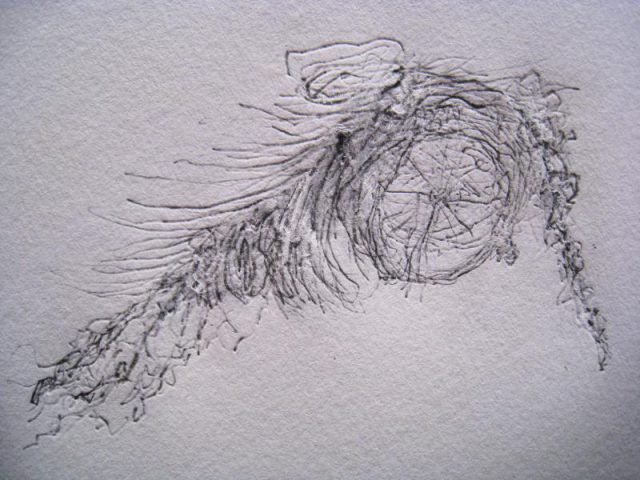 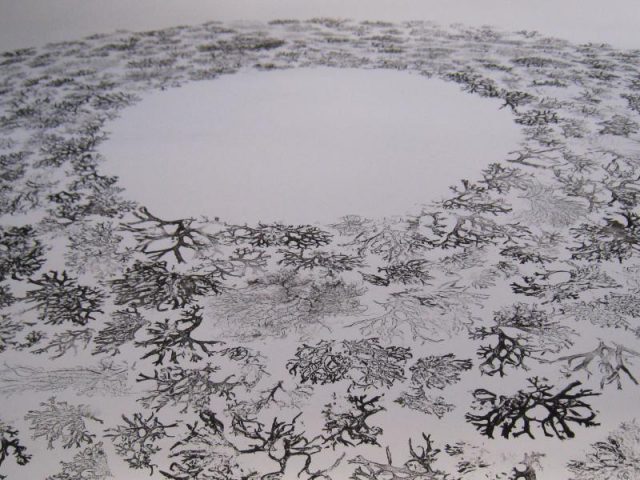 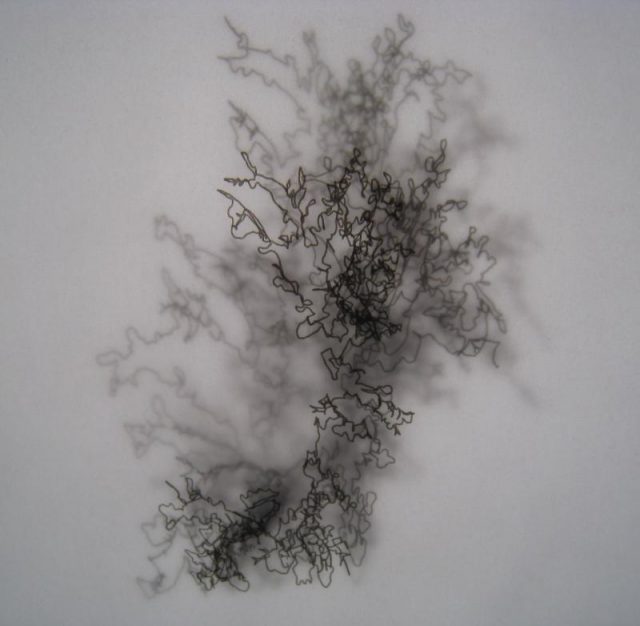 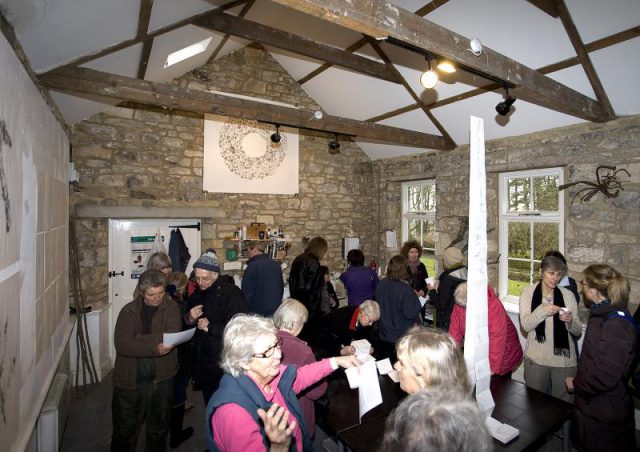 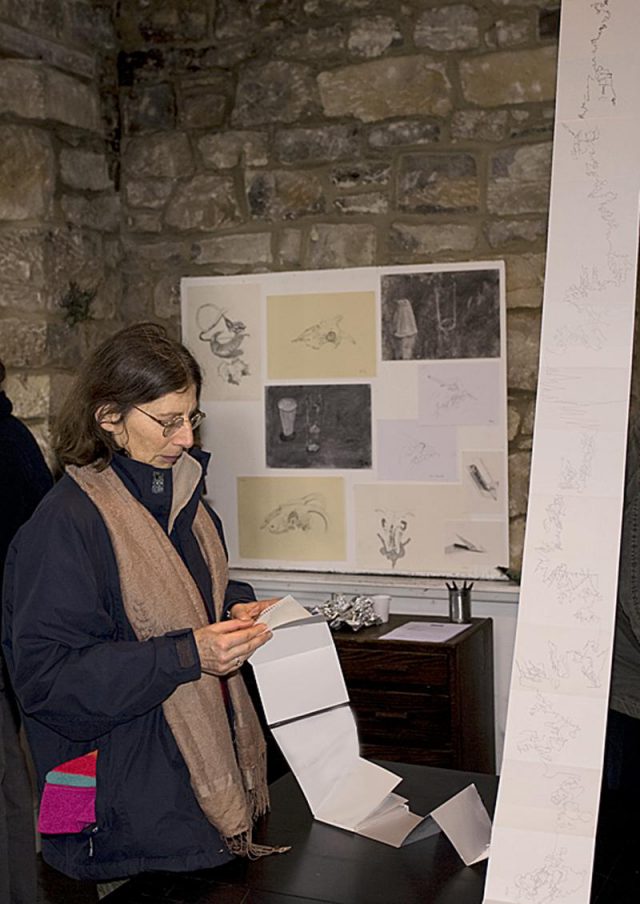 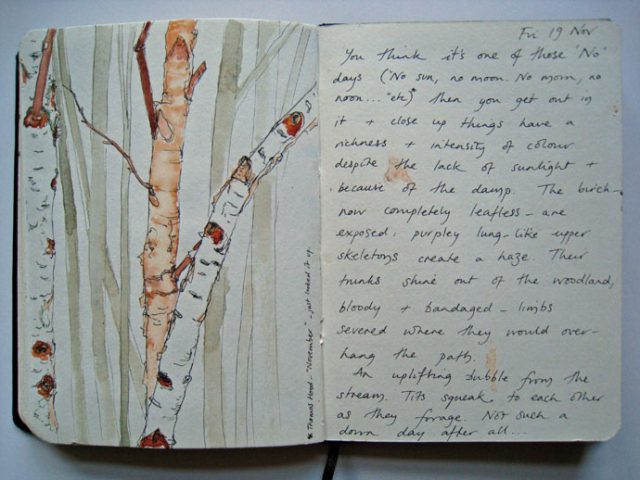 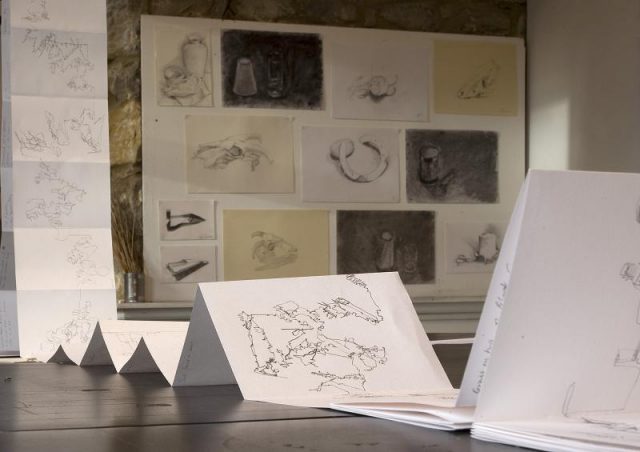 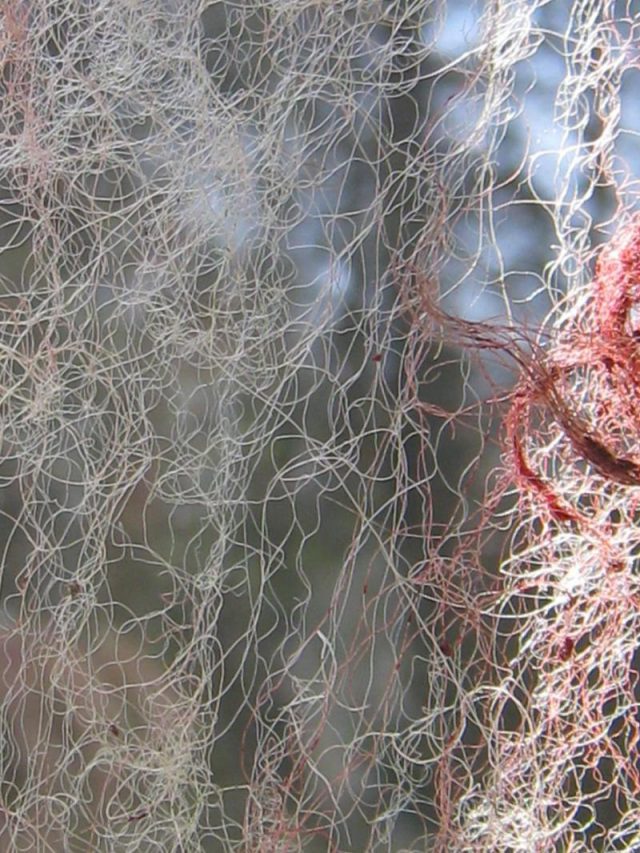 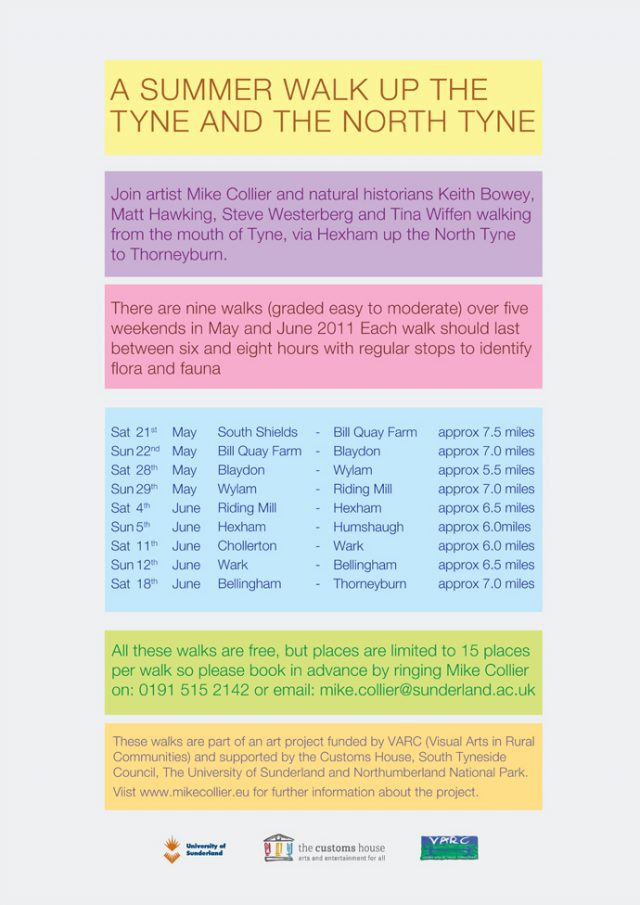 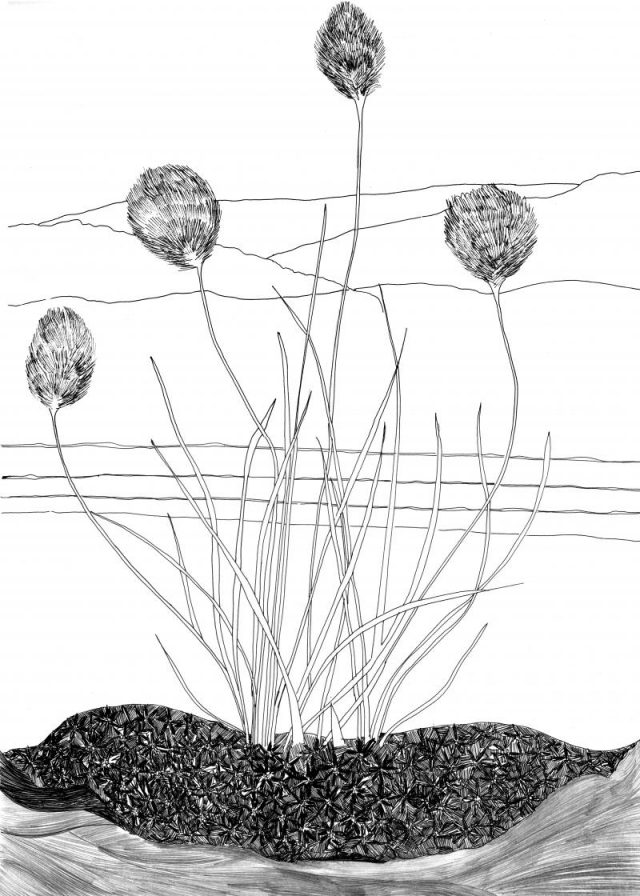 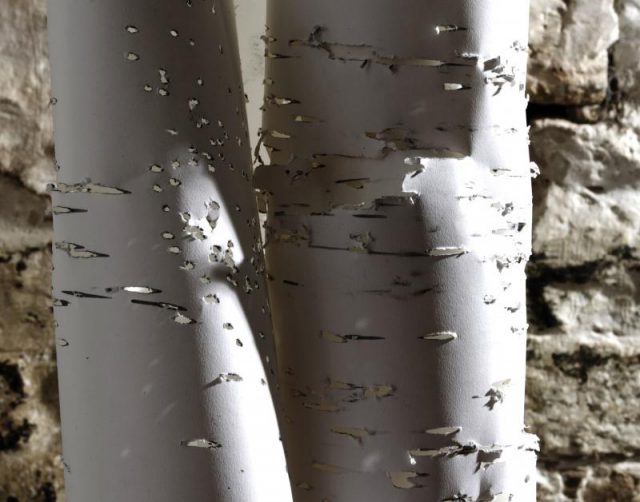 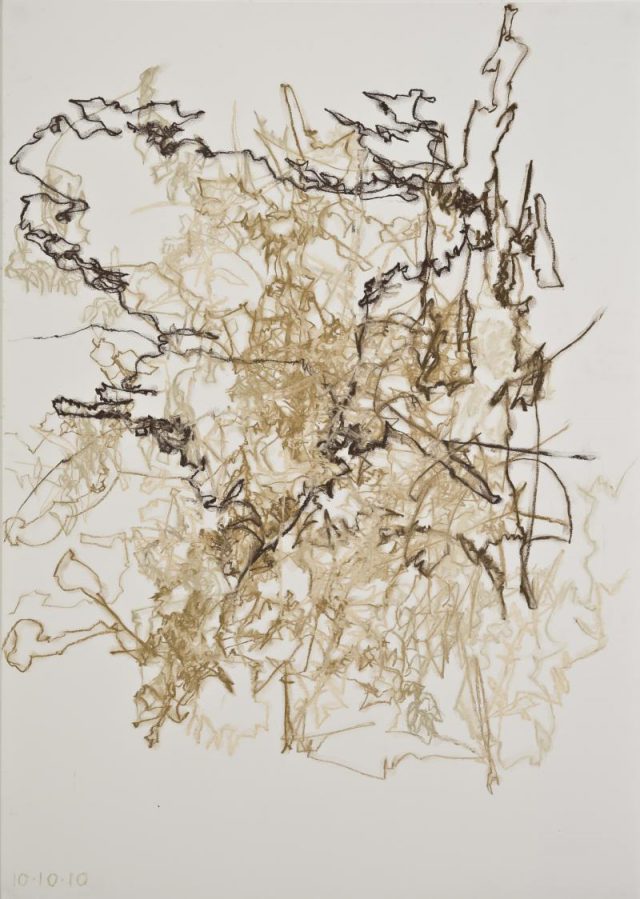 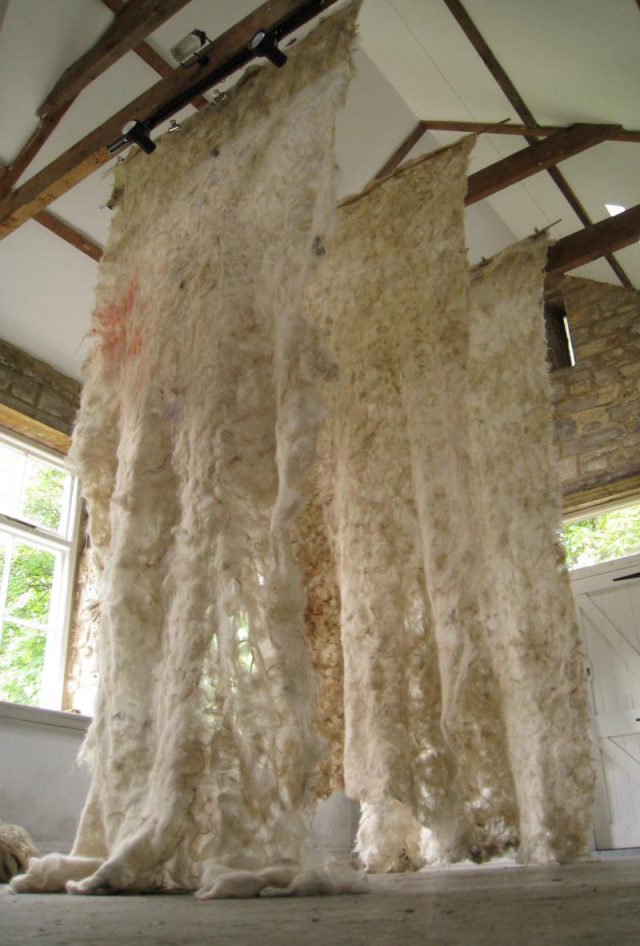 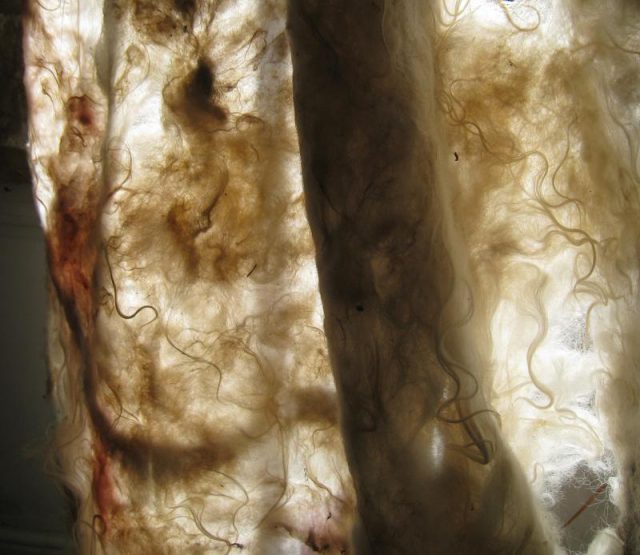 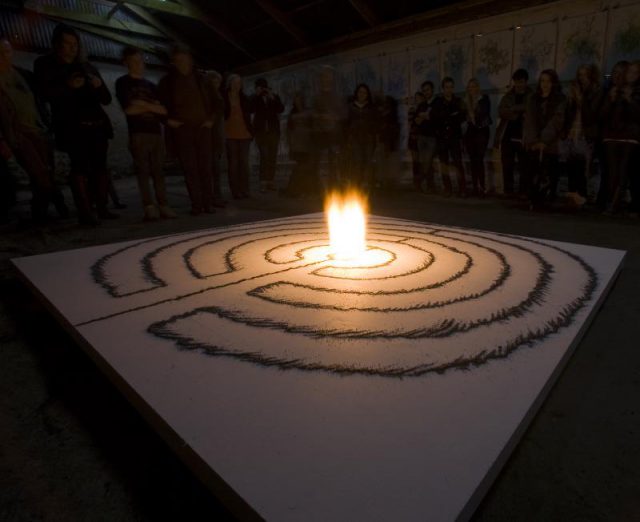 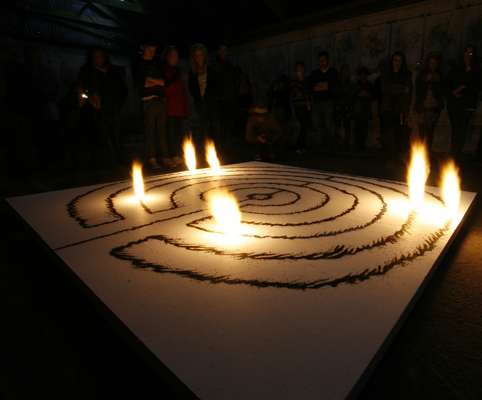 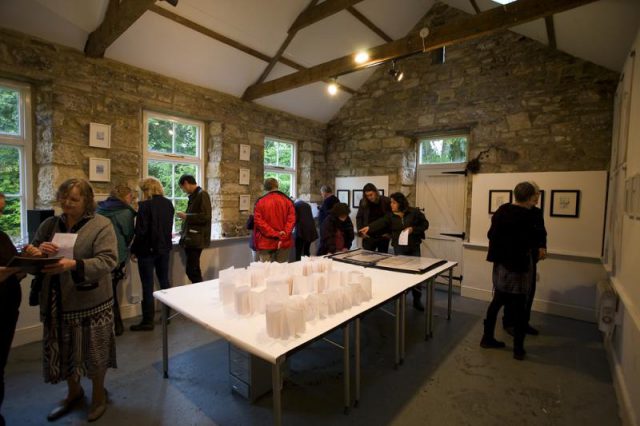 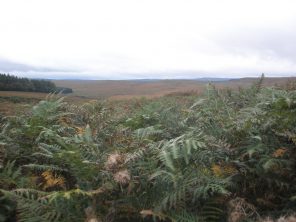 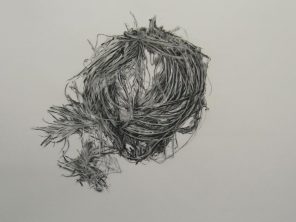 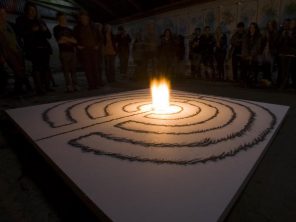 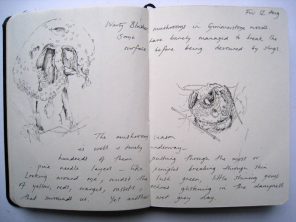