Artists Work
Gradually I have dropped into a different rhythm, a different awareness, as I experience the dominance of the landscape and allow the forces of nature to work upon me.’ Linda Gordon, January 2006. Walking in all weathers, and immersed in the landscape, Linda took inspiration from the traces of man’s occupation throughout the centuries. This led to wide-ranging research into Northumberland’s renowned archaeological landscape, both in Tarset and further afield, ‘…. stone everywhere: farm buildings, dry stone walls, sheep stells … and the remains of a more recent and short-lived past – derelict lime kilns and the grass covered bumps and hollows of coal mining and iron ore extraction.’ Linda Gordon, 2006.

A major inspiration for Linda was the prehistoric stone carvings, found in the area, particularly in the Cheviot Hills. The origin and meaning of these ’cup and ring marks’ are a source of widespread speculation. Their forms and mystery have a resonance for Linda who, over the years, has often drawn on the ancient natural and spiritual significance and force of the spiral and the circle.

Linda’s work is an exploration expressing nature’s cyclical processes of birth, death and regeneration and making a symbolic connection between earth and sky. Her simple forms allow people to interpret the work in any way they please – from the most profound to a purely visual and physical level.

Work in the Community
With Linda Gordon, children from Greenhaugh, West Woodburn and Otterburn First Schools drew some wonderful charcoal drawings during trips to the bastle at Gatehouse (with kind permission of Katherine Waddington) which Linda then made into panels for the schools to display. Volunteers and staff from Bill Quay Community Farm in Gateshead visited Highgreen to spend time exploring and drawing with Linda Gordon in June 2006. Everybody enjoyed this and we hope the links with the Farm will be continued. Linda Gordon held a Help Make Art weekend in April 2006 which was open to anybody to ‘drop in’ and help. This resulted in the completion of Throughstones. 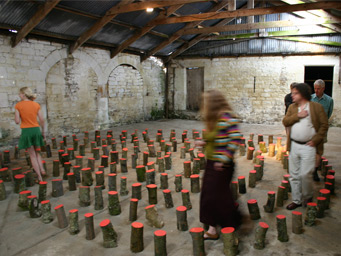 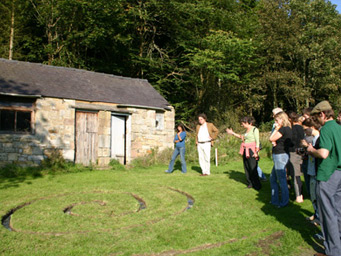 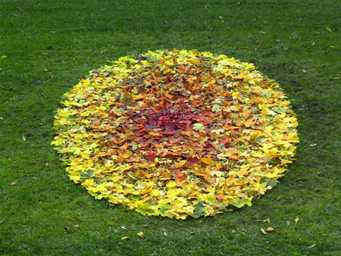 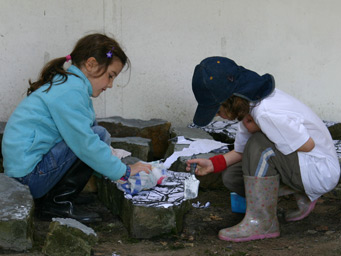 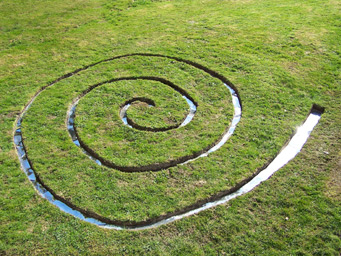 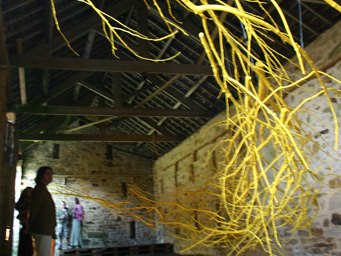 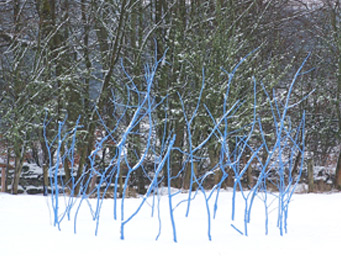 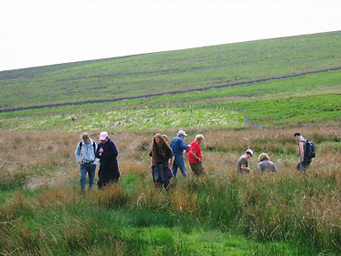 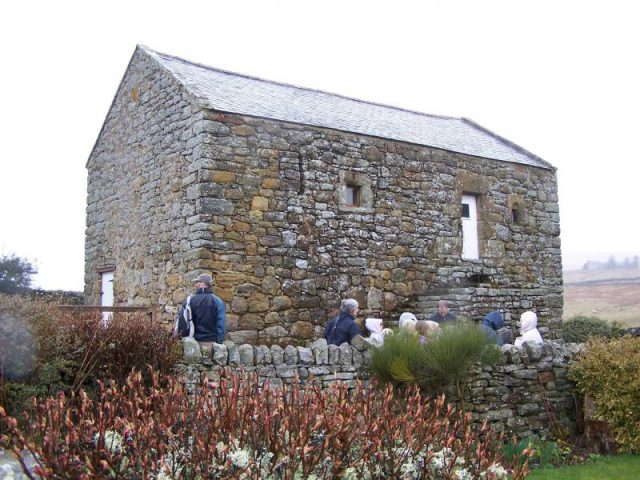 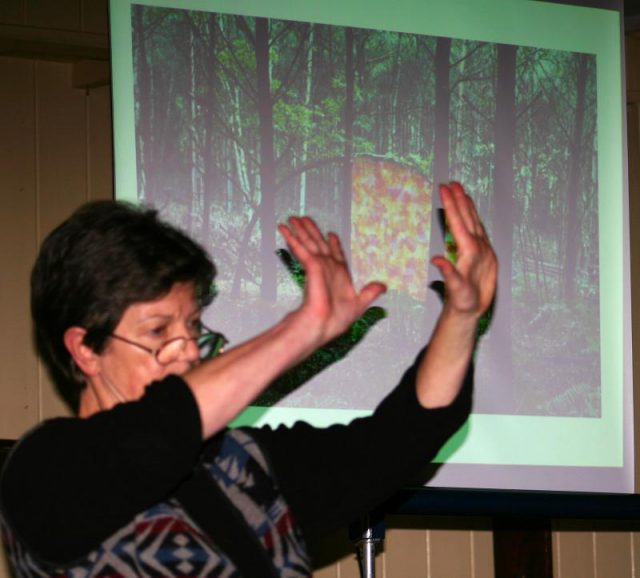