Artists Work
Sonja studied sculpture at the Central School of Art and at the Royal College of Art, London. She had exhibited in England and Ireland as well as in France, Italy and Germany before taking up the residency at Highgreen. The artist came to Highgreen from central London.

At Highgreen Sonja spent a lot of time exploring the countryside and the local villages and towns spending hours walking the fells, talking to people, drawing and gathering intriguing finds that inspired her; a sheep’s skull, bunches of heather, abandoned farm implements. Some of these found their way into her assemblages. With no television, passages of poetry read in the evenings made connections with her to the landscape and her art practice within it. Tennyson’s “thou nature be red in tooth and claw” brought together and made sense of two ‘finds’ from which Sonja created an artwork – a sheep’s horn stained red and a red, heavy iron implement used to split logs. A radio programme discussing the connection between heaven and earth struck a chord and it was in a book that Sonja found a reference to ‘Tabula Rasa’ – a fresh start – the phrase that echoed Sonja’s feelings for Highgreen after her London life. This became the title for the artist’s end-of-year exhibition where her two and three-dimensional work reflected on the large expanses of sky and earth and the relationship between them. Sonja finishes her ‘log book’ like this “I don’t want to leave, I’ve forgotten my life in London, made many new friends, can’t stop breathing the good air; despite foot and mouth… I still got an enormous amount from my year’s experience here and I hope I gave something in return…”

Work in the Community
Foot and Mouth during the winter of 2000/2001 severely affected people’s lives in Tarset. It had an impact on the artist; making Sonja’s stay at Highgreen even more isolating that it would otherwise have been. Even so Sonja opened her studio up to hold many informal drop-in drawing sessions which were very much enjoyed. And later in the Spring Sonja worked with local school children. She led workshops at West Woodburn and Greenhaugh and helped children make exuberant sculptural figures from all sorts of ‘found’ materials. 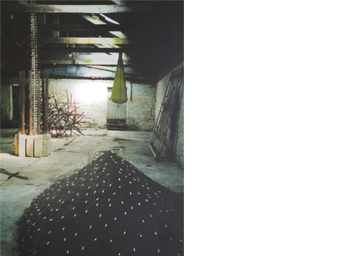 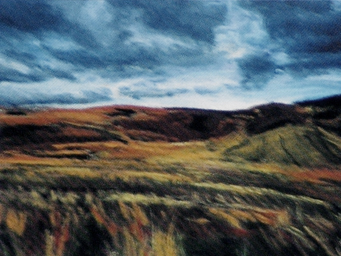 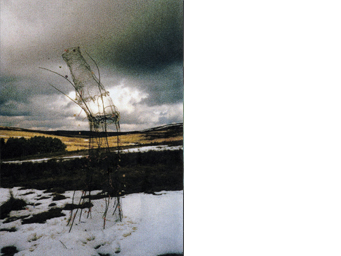